While visiting the Shiloh battlefield, so many times I told Himself that Vicksburg battlefield was so much better that we made the decision to rearrange the schedule yet again. We drove 3 hours one-way to spend a few hours before coming back. And it was worth it!
The last time I was there was in July ’02. It was HOT… melt-into-a-puddle hot. Thankfully this time was much different.
Vicksburg has the most beautiful monuments of any national battlefield I’ve visited. They are truly works of art. And the designers have done a masterful job of marking the battlefield with an abundance of signs that really show how the lines were formed up… and how close quarters the fighting became. There are many displays of tactical artifacts from the battle. The plan is to educate the visitor not only on that particular battle but on the general method of warfare in that era. 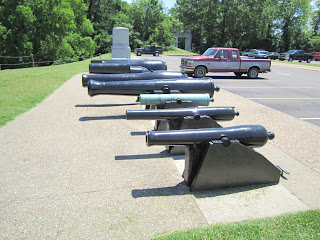 The lesson starts in the parking lot with this display of cannons.  Each is labeled with their type and size. 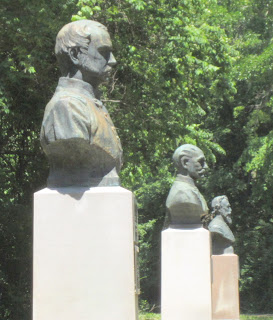 All thru the park there are busts of the various commanders who were at Vicksburg.  I’m not sure if they were cast by the same artist/firm; but they are really good. 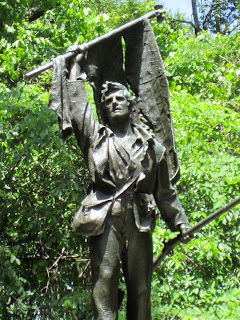 There are also statues and monuments that depict moments during the battle. 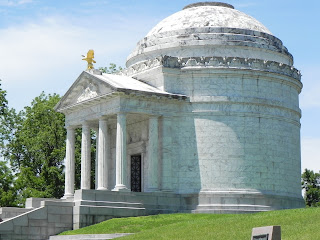 Each state that was at Vicksburg has erected its own monument.  They range from this huge Illinois rotunda to a very simple art piece done by Kansas. 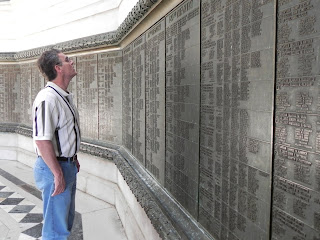 Inside the Illinois monument bronze tablets list the name of every man who served in the siege.  The room is huge… and the writing is very small… 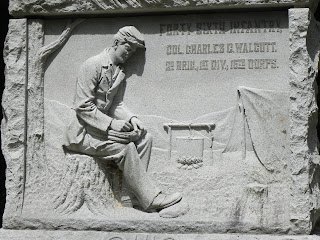 Iowa did a series of monuments that are scattered throughout the park.  Each beautifully done stone shows a scene of everyday life during the battles.  Here a soldier writes a letter home. 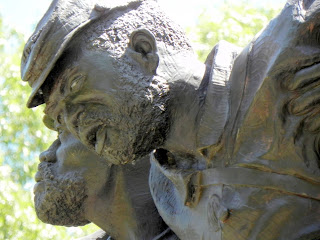 There is a monument to the African-American soldiers, noting their bravery in battle.  (It is noted that during the siege, Confederate troops went behind lines and attacked a Union supply camp.  The freed slave soldiers defended the camp while “the white Yankee troops turned and ran”. 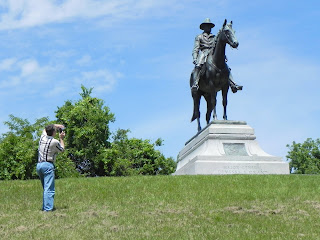 This area is where Gen. Ulysses Grant headquartered during the siege.  It noted that for a while he lived in a small house that he commandeered, but one night was awakened by a group of engineers who dismantled the cabin to make ladders for an assault.  The assault failed… and Grant had to live in a tent thru the mosquito-infested summer. 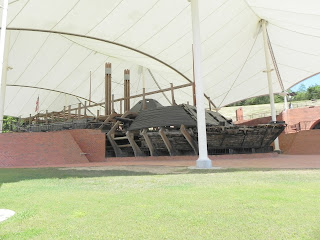 As we came near the end, I saw something that wasn’t there at my last visit. Actually… it was there, but had been completely covered for restoration. I was really excited to be able to visit it this time.
It is the USS Cairo (pronounced Kay-row, so named by the farthest most south town in Illinois), an ironclad battleship. The Cairo had been sunk early in the war, and found again 112 years later. 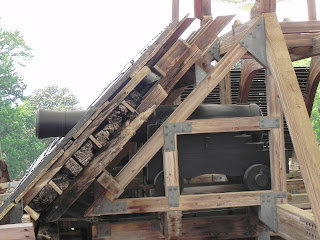 She’s partly assembled for visitors to see.  Strong new wood supports the original wood (preserved thru some very cool methods).  This is the forward deck of the ship.  The thickness of the metal plating and wood beams protected it. 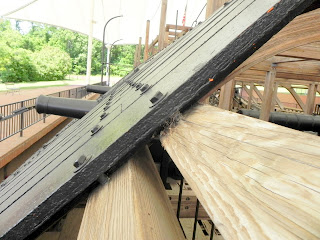 The metal plating is original. 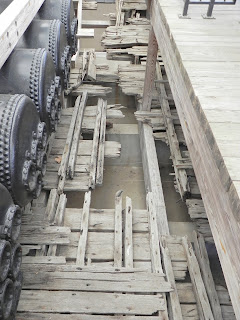 The bottom of the ship.  I think it’s kind of cool how they have rebuilt the ship with whatever pieces have been recovered.  On the left are the boilers to power the ship. 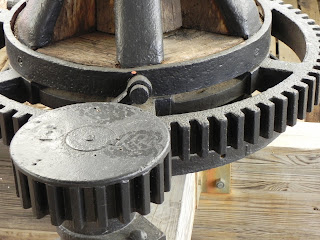 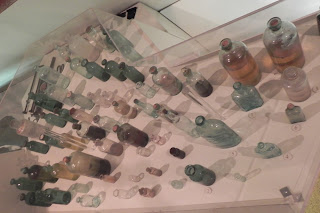 The ship was undisturbed and they were able to recover many artifacts.  Here’s a few of the bottles.  Aren’t they fantastic?! 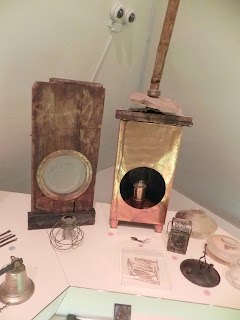 Items from the ship’s workings. 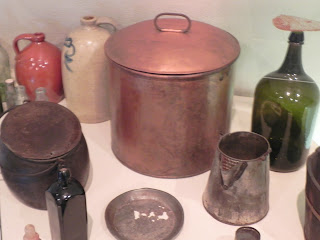 And from the galley.  That copper pot and the jug to the left could come home with me!  -wink- 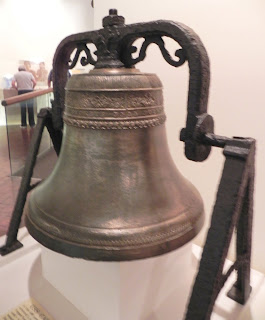 And they found the beautiful ship bell.
If you find yourself in the area of Vicksburg, you really should take a few hours to visit the battlefield. I’m sure you will be impressed.
Posted by Teri at 6:00 AM