I enjoy the architecture and designs of Frank Lloyd Wright. I’ve visited a few of the homes he has designed – the Robie House in Chicago and the Rosenbaum House in Florence, AL to name a couple. In fact, his designs and others in the “Craftsman” look are the inspiration for the changes we are making in our own home.

A few years ago I learned that his home and design studio are in Spring Green, WI… just west of Madison. We drive by that every trip north!

Taliesin (tah -lee -ess - in)… Welsh for “shining brow” sits on a hillside looking down on a small lake. Every window frames a scene as tho you were looking at a series of postcards. And in a way…you are. Although Wright’s designs of the “organic architecture” philosophy – he was such a control freak that he sculpted the land to fit the design of his home rather than the other way around. Be that as it may, Taliesin is a beautiful and fascinating place as far as its physical appearance and in what it reveals of the man who designed it.

However, it doesn’t take long to realize that Wright designed for the ‘art’ of it, and not at all for function. He was also obsessive in his designs – it was noted by our tour guide that in the restoration process they have discovered the roof line on the back of the house had been altered at least 22 times! It was not built to last either. The west wing has been rebuilt after fire on top of the rubble of the fire. There is now a drop of about 4 inches in the floor of that section as the debris settles. Much of its construction was done by Wrights “fellows” who were architecture students – not carpenters. I was surprised by the state of neglect the house is in.

One thing I’ve found curious over the various tours was the use of plywood in his designs. According to the guide this is because Wright was usually broke and used the cheapest materials he could lay hands on.

The Taliesin tour introduced me to a more human Frank Lloyd Wright… genius and fool, perfectionist and ‘good enough’ – a contradiction at every turn.

Our tour was the “Highlights” tour included the Hillside Studio, which houses the Frank Lloyd Wright School of Architecture and Taliesin, his actual home.

In our tour of the house, we were required to put on booties over our shoes and the guides also wore gloves in case they touched anything. Everything seemed so very serious until I saw Sherpa the cat lope across the priceless Japanese carpeting and up the stairs! When I jokingly asked where her booties were, the guide related a story of the time she was giving a tour in the Great Room and Sherpa joined them. Sherpa preened for a bit, then relieved herself of a hair ball right on the carpet!

So much for museum preservation!!

The only photos I have are of the exterior, as interior photos are not allowed. For those you have to buy the pricey book at the gift shop! 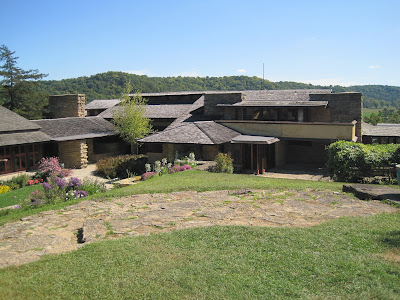 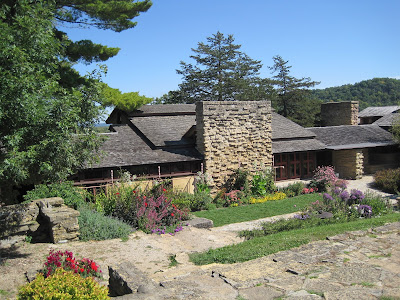 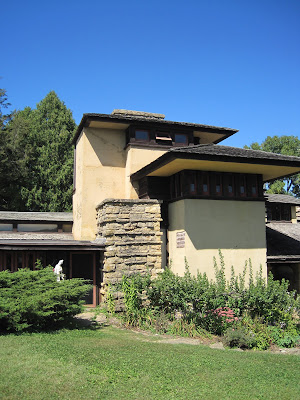 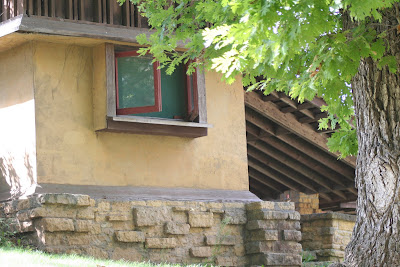 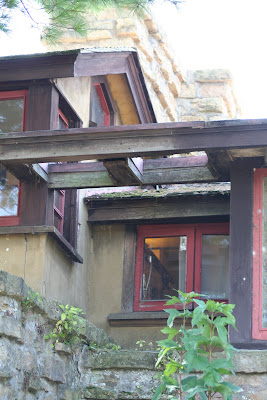 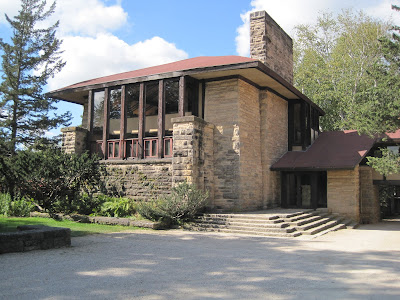 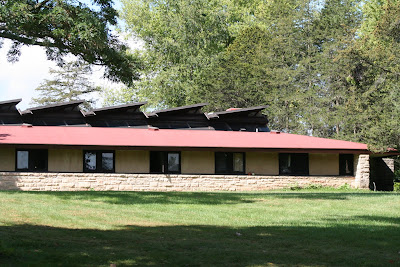 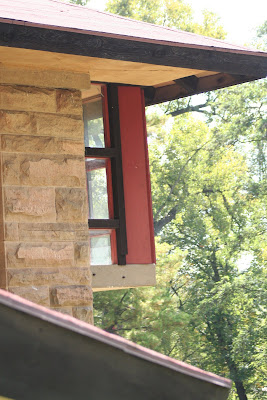 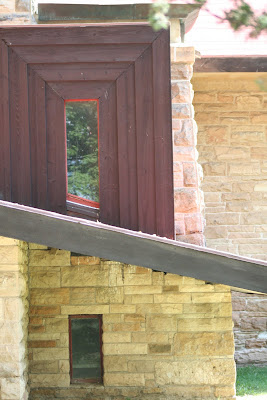 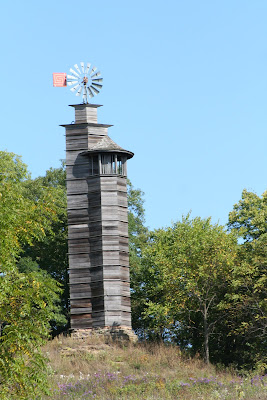