We went to Necedah Wildlife Refuge looking for one thing – Whooping Cranes!

Whooping cranes are considered extremely endangered. In 1941 there were only SIXTEEN left in the world! That’s just scary. Through extensive efforts the population has increased and as of 2009 there are 539 Whooping Cranes – 387 between 2 different wild flocks and 152 captive birds.

The original wild flock summers in Wood Buffalo National Park in Canada’s Northwest Territories and winters in Aransas NWR, TX. This flock has about 250 now.

The Whooping Crane Eastern Partnership (http://www.bringbackthecranes.org/index.html ) has established a migratory flock that summers in Necedah NWR, WI and winters in Chassahowitzka NWR, FL. This flock has about 80 in it.

A fascinating part of the Eastern Partnership is that they take eggs from the captive populations and abandoned eggs to raise in a controlled environment. The chicks never see their human caretakers so they do not become imprinted. The caretakers are always dressed in a costume that (loosely) resembles a whooping crane and only make noises similar to the cranes. The chicks are conditioned to fly following an ultralight… and eventually follow “Mama Ultralight” in “Operation Migration” (http://www.operationmigration.org/ ) all the way to Florida to learn their migration route. In the spring, they fly back to Necedah on their own.

I read somewhere there were 64 Whooping Cranes living wild in Necedah this year. So I was looking as we drove around the public areas. We got out to walk along one area and there ahead was a huge patch of white. I had the telephoto lens on my camera and saw…yes…it was Whooping Cranes. Two of them! And they were calling! I was so excited! 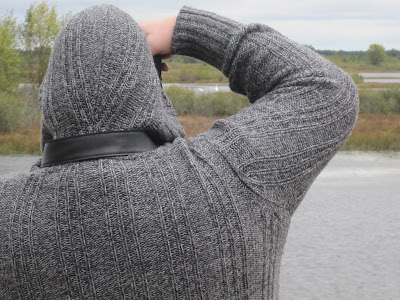 Himself took this picture of me photographing the cranes - that's the white you see in the crook of my arm. 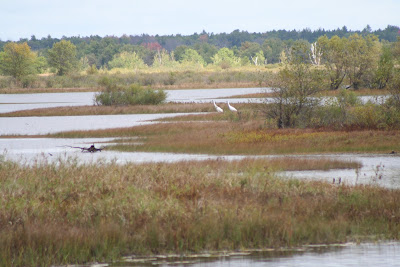 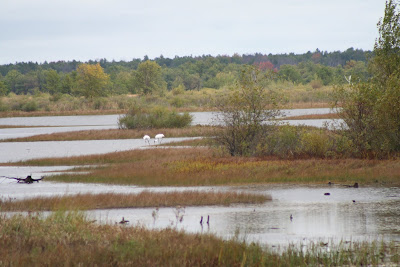 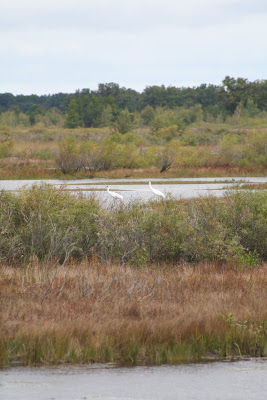 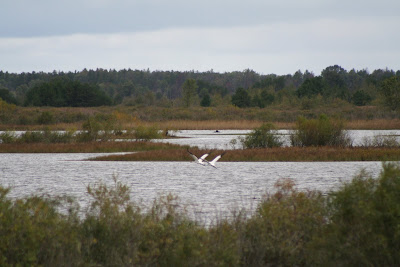 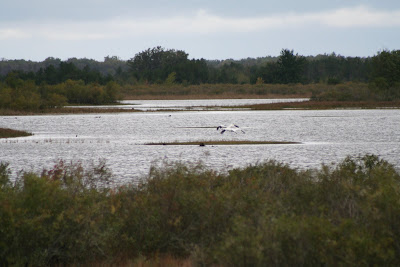 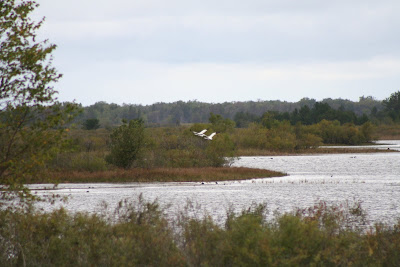 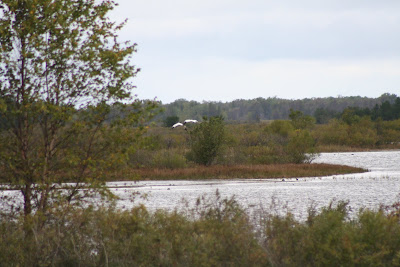 The call of wild Whooping Cranes. It was very windy that day but if you turn up your volume, you can hear them. It's incredible to think that this sound was almost lost forever...
Posted by Teri at 5:00 AM